You may have noticed the glut of videos in your email inbox. Or in every Google search result. Seems everything that once was written is now a video.

And if it’s your preference to get your information via video rather than text, it’s a gold mine out there.

Occasionally, videos pop up that are eerily related to a TV show you just watched or – most creepily — something you were merely thinking about over coffee this morning.

But a new dimension in video is proliferating, thanks to BombBomb, YouTube and various other DIY video production companies: The Personal Video. Think of it like the walking and talking selfie.

Now it’s near impossible to get information via the old-fashioned sentence or paragraph, even better, the bullet-point memo or, my fave, the three-word text on your phone. Now, whatever the data, it’s provided by a winsome narrator, longform.

Let’s say you applied for a mortgage. No more zippy emails that tell you in three sentences or less the status of your application. Now, your impossibly cheery loan officer gives you a lengthy around-the-world tour of Mortgage Land, which is not as exciting as it sounds, and finishes (finally) with a toothy virtual grin and a double thumbs up. So, I’m approved, yes? That means yes, right?

A company memo at one time took all of 3 minutes to read and get the details on workplace news. You know, stuff like “You cannot accrue paid time off while on vacation” or “Please get your moldy tuna (we think it’s tuna)  out of the break room ‘fridge or we’re going to have to burn the entire building down.” Maybe a few pointers on the company dress code: “We don’t care if it’s Casual Friday, you still have to wear pants” or a reminder about the penalty for embezzlement and an invitation for Whoever Took the Copier to Please Bring it Back, no questions asked.”

Now, the company newsletter is a feature-length video email starring any number of alleged company IT, HR or PR folks that you have never seen before. It includes a not-so-pithy introduction complete with ice-breaking jokes, many minutes of dubious camera work done with great enthusiasm but no actual skill, and a prologue to express how You as a Valued Employee can Get More Information. Any effort to fast-forward this video results in either going too far to “the end” and then over-correcting and having to endure the introduction all over again.

Where is all this coming from?

Yes, THEM. It’s the Business Guru advising companies that “72 percent of people prefer to get their information via video rather than text. They want to see YOU doing what You do!” Well, maybe people would open an email from Chris Hemsworth talking about, well, anything. But from anyone else, maybe not so much.

Most people delete email by the boatload. Talking email, even faster.

But Realtors, well, we’re buying into this trend. Now, the video home tour has a Realtor in it, squinting at the camera while careening though a blurry house, Blair-Witch style. It’s a nightmare.

Some are hiring professionals to shoot their Star Realtor videos. You know, to eliminate all the inappropriate zooming, confidential-informant lighting, framing errors that cut off the head, that sort of thing.

Photographer: “So, you might not want to get that close to the camera. Good. Okay, back a bit further? Maybe we could just move the camera away some? Yes, let’s do that.

“Okay, do you think if you memorized the text, you wouldn’t have to squint so much? “

“Um, the house is actually over your LEFT shoulder…No, I mean Your left, not mine.”

“I think it’s coming off kind of stilted. Let’s try and get you moving around naturally – like you would gesture when telling a story to someone you know.”

“Okay. Let’s go back to being very still. Just don’t move at all. Good!”

I’m hoping the trend goes by the wayside soon.

If it doesn’t, I’m hiring Angelina Jolie to be play me in my next home tour… 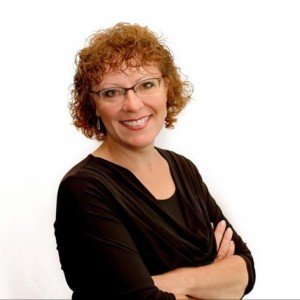 It’s time for something nice to arrive in your mailbox. Starbucks coffee, Subway sandwiches or dinner at Red Robin. Yes! It could happen to YOU!

Just refer your friends to me and I’ll not only take great care of them as they shop for a house or market their houses with me, but I will send You a gift card for something delicious, too!

Is that a great deal or what?!

You’ve probably seen granite cleaners in the store and said to yourself “Bah! I don’t need specialty cleaners; they’re a waste of money!” And then you break out the Windex, vinegar, ammonia or bleach.

But granite isn’t invincible. While the stone itself will not be damaged, it is possible over time to damage the seal on your granite so that wine, coffee and cooking oils absorb into the rock and stain it permanently. Interestingly, soap can also be absorbed and end up a longtime resident in your rock.

Acid-based cleaners (anything with vinegar or lemon) will weaken your sealant. Bleach is not better.

Bob says this will “deliver a 1-2 punch to grime AND bacteria.” You can believe Bob. He knows things.

Now, back to our premise: Granite is not invincible.

It is true that you can put a hot pan on granite and that you can cut on it. But that doesn’t mean you should. While it is infrequent that these practices result in damage, it IS possible. So use a trivet! Use a cutting board!

Most granite that is sealed will not readily absorb oil. Even so, store the cooking oils and even hand soap off the counter or find a tray to set them on.

If you get a stain anyway, try mixing baking soda and acetone (nail polish remover) and apply in a thick paste to the counter. Cover with plastic wrap and leave 24 hours. In Theory, the “poultice” approach is supposed to pull the stain out of the stone. You know, like Excaliber. I have tried this and apparently, was not found worthy enough to pull the stain from the stone. Maybe you will have better luck! Next stop: professional stain removing solutions. I’ll let you know how that goes!

Lastly, the subject of sealants. Your granite should have been sealed at installation, but if you notice that a drop of water left on the counter for 15 minutes soaks in rather than remaining on the surface, it may be time to re-seal it. Granite experts say you should do it every 3 years.

You may not have noticed mortgage rates lately.

In fact, you may have ignored the “mortgage rates are at historically low levels” ads on the radio – mostly because, from a historic point of view, anything under 5 percent is low and we’ve been there – on and off – for years.

But the economic shutdown has caused rates to fall through the floor. It was once thought that the 3.5 percent rate was below the floor. But now we’re in the 2’s. The TWOS!! Technically speaking, that’s practically FREE MONEY!

So if you were waiting for someone to call you up, tap you on the shoulder or drive by with a bullhorn yelling “Refinance NOW” well, this is it. Refinance now. Or, even better, Buy something and rent it out. Buy something, clean it up, fix it and sell it. Get your nest egg now so it can start appreciating for you.

And now that you have spent an inordinate amount of time in your current home and realize with more clarity how ready you are to make a move, now is the time! Low interest rates will make your money go further whether you are downsizing or upsizing.

If you need a reputable mortgage guru, give me a call and I’ll get you connected!

Life is what you make it!

So Make it grand